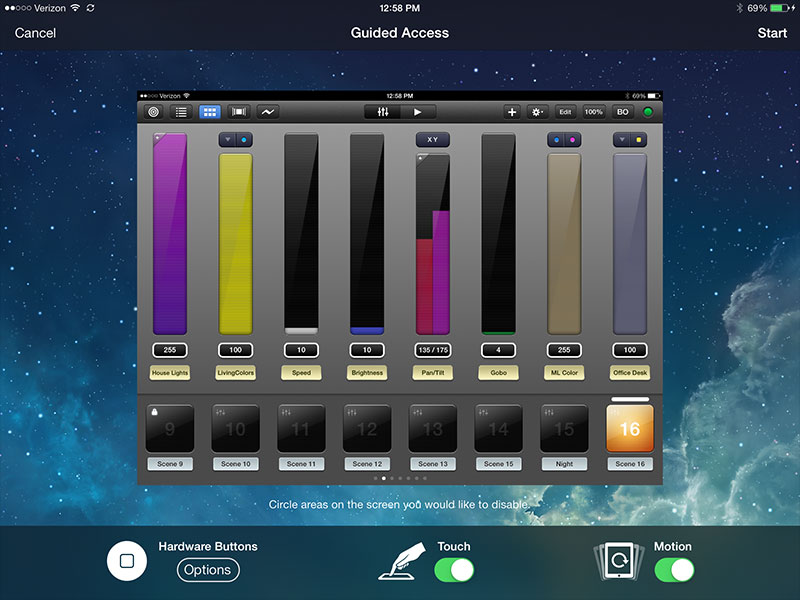 It’s becoming really common in architecture, displays, museums, installations and more to use apps like Luminair installed on a central device in a fixed location, like a wall or on a specialized device stand. iOS devices benefit from a fantastic 3rd-party accessory ecosystem, and there’s some really nice products available for mounting devices from companies like Heckler Design, iPort, and many more.


One issue that immediately becomes apparent in situations like this, is what happens when a customer, volunteer, or other user touches the device’s home button? Well, by default they’ll go to the home screen and can open any other app installed on the device. This can obviously present problems in regards to issues like security and usability.

There’s a great solution for this in iOS 6 and iOS 7, named Guided Access. Guided Access allows you to keep your iOS device in a single app, and allows you to control which features are available to the user. When you set a passcode for Guided Access, user won’t be able to switch to another app. You can also designate certain portions of the screen as inter-actable by the user, while preventing them from accessing other parts of the screen, by simply drawing a line around the controls on-screen.

To enable Guided Access on your device, open up the iOS Settings app, and tap on “General > Accessibility”. Next, scroll down to “Guided Access” and select it. In the view that appears, turn “Guided Access” on, and then set a passcode.

Next, open up Luminair. After Luminair has fully opened, triple-click the device’s home button. The view will zoom out, revealing the Guided access options. If you’d like to disable certain portions of the screen, you can draw a circle around the areas and then adjust the box that iOS displays. In the screenshot below, only the 4 tracks and 4 scenes will be accessible by the user. 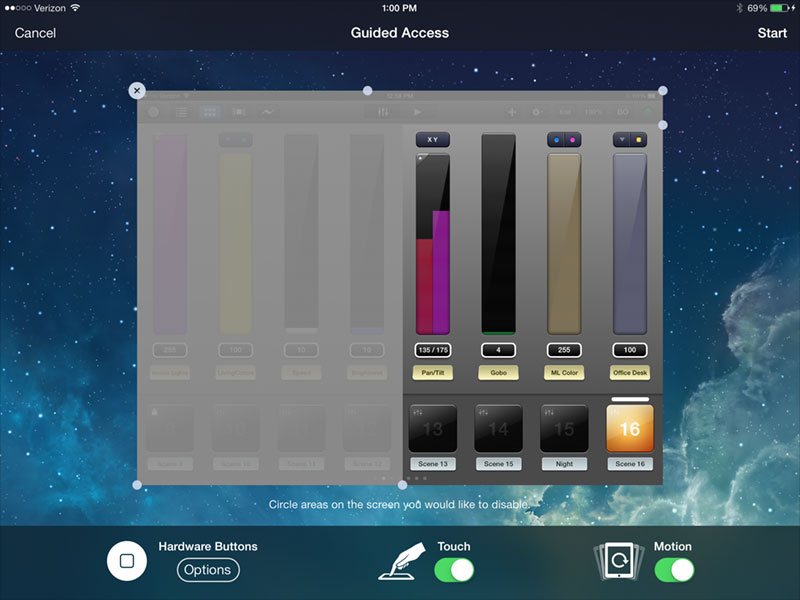 Tapping on “Start” in the upper toolbar will begin Guided Access, and users will need to enter the passcode you previously set if they want to disable Guided Access mode to switch to another app or open the home screen.

And that’s Guided Access, a great feature that many Luminair users will find indispensable.