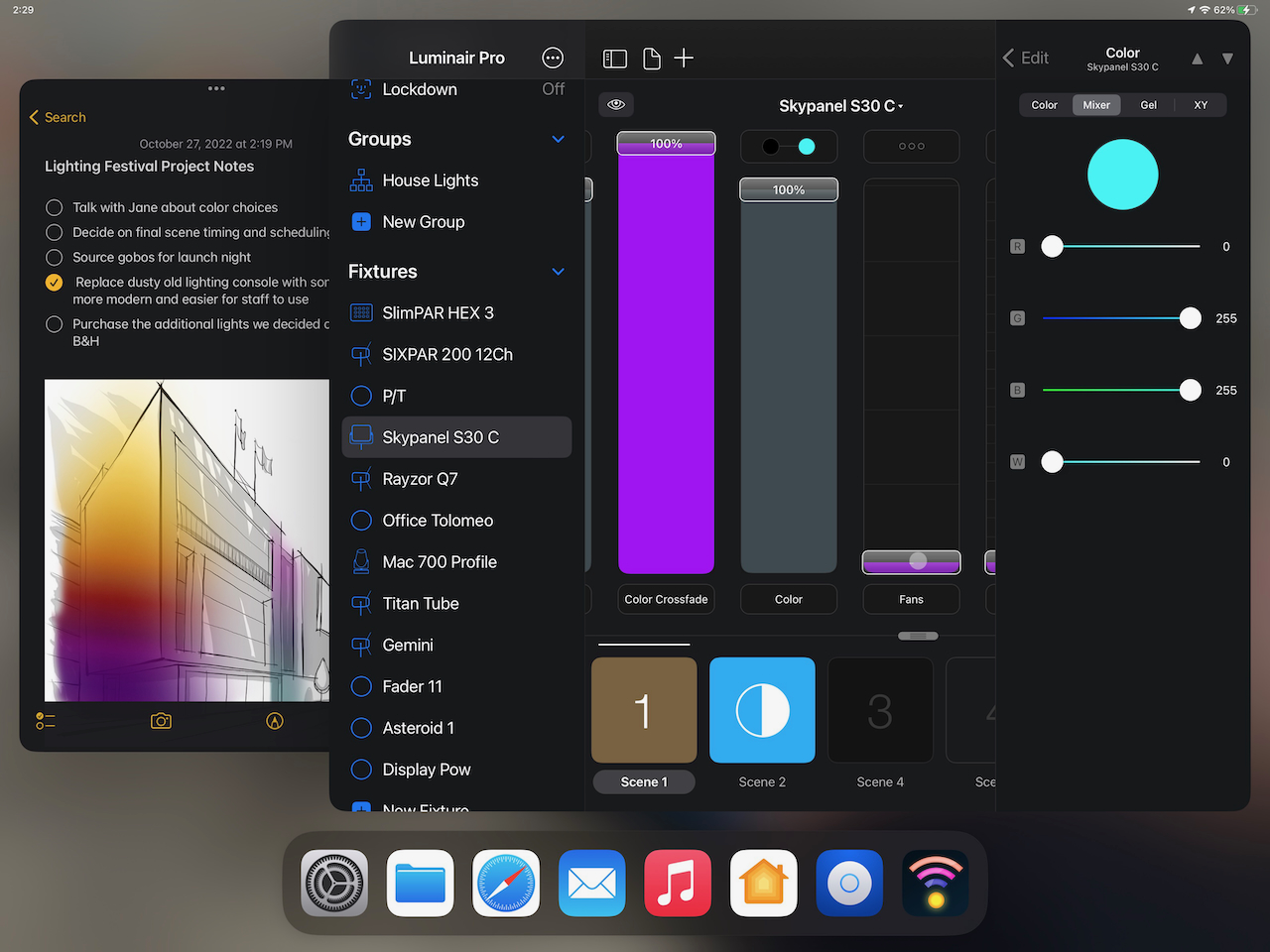 Luminair v4.3.5 has been released and it adds official support for the new Stage Manager feature in iPadOS 16, as well as general support for iOS 16, watchOS 9, and macOS Ventura. We’ve also fixed a number of issues reported by users, in addition to some other minor improvements and fixes.

Stage manager takes multitasking on iPad to the next level, allowing you to have multiple resizable app windows open simultaneously. With the latest update, Luminair now allows dynamic resizing of the app in its own window, with the interface adapting accordingly depending on size. If you have a compatible model, go try it out!

Luminair v4.3.5 is available now from the App Store for iOS, iPadOS and macOS.


User experience is important to us. For further assistance with this update or any other issues, please contact us at https://support.luminair.app