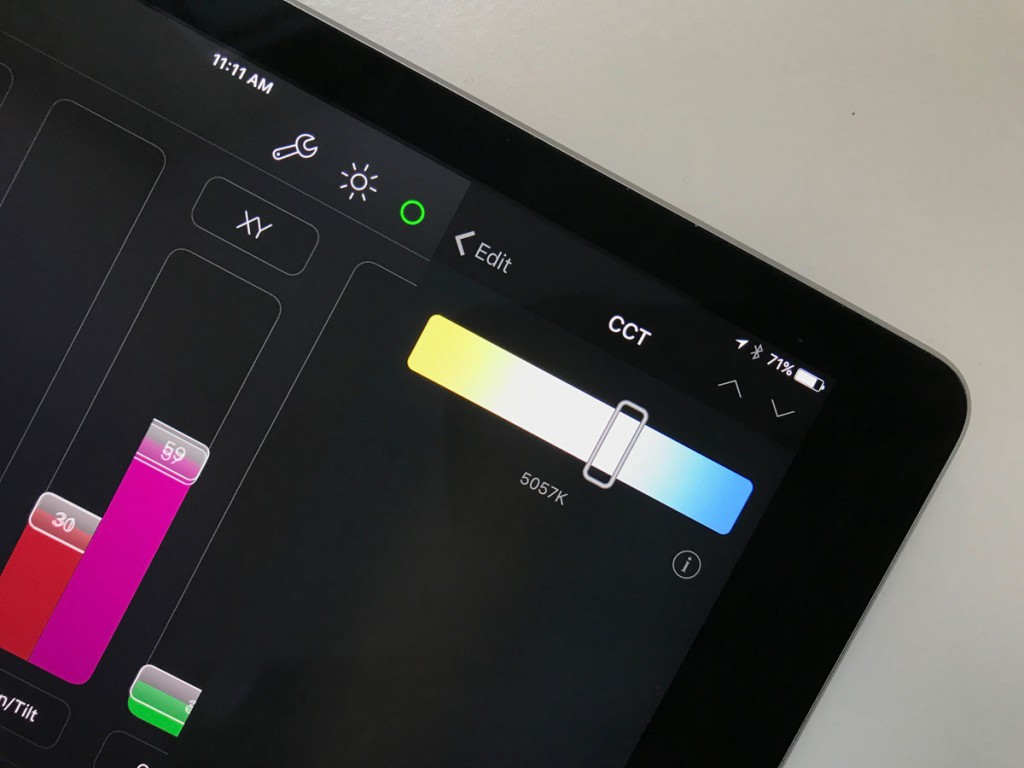 Luminair v3.5 was released today and is now available on the App Store. This release adds native support for Color Temperature and HSI for DMX parameters, as well as new Fire, Water, and Television FX useful for simulating these looks in film/video production and other scenarios. Also included are new fixture profiles for lights built for film/video production.

Luminair 3 now available on the App Store
June 16th, 2015
Today is the day! Luminair 3 is now available across the globe on Apple’s App Store. Luminair 3 is a brand new app for all iOS 8 devices with a redesigned user interface, LTP faders, a movement generator/FX engine, built-in Scheduling, Luminair Remote for Apple Watch, MIDI over Bluetooth LE, and tons of other new features and improvements.

Full information on Luminair 3 can be found on the updated web site.

As a major new version, with over a year in development time and resources, Luminair 3 is a brand new app. This is the first updated version to require a new purchase since the app was originally released in 2010. (more info)

A special 20%-off launch price for Luminair 3 is being offered at 79.99 USD (this price will vary depending on which country you are located in). Additional In-App purchases (Location Pro, Schedule Pro, MIDI Pro) are also being offered at special launch prices for a limited time at $9.99 USD each.

First look at the future…
May 5th, 2015
The all new Luminair 3 has been in development for over a year and is coming soon as a brand new app. This short raw video speaks for itself… IT’S ALIVE